Simulcast premieres on March 27, simuldub to stream at later date 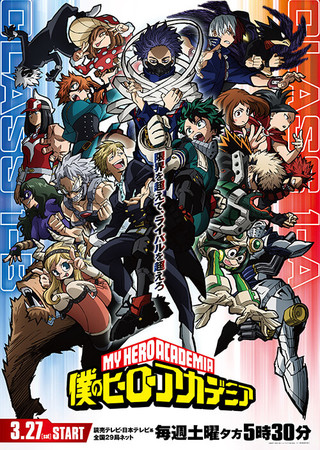 Funimation introduced on Tuesday that it’s going to start streaming the fifth season of the My Hero Academia anime on March 27 in Japanese with English subtitles. The corporate will announce the simuldub premiere at a later date. Crunchyroll additionally introduced that it’s going to start streaming the anime’s fifth season on the identical day within the U.S., Canada, the U.Ok., Eire, Australia, New Zealand, South Africa, Iceland, Sweden, Norway, Denmark, the Netherlands, Mexico, Central America, South America, and the Caribbean.

The anime will premiere on March 27 in Japan and can air in the identical Saturday at 5:30 p.m. timeslot on YTV and NTV as earlier seasons. The brand new season will cowl the “Joint Coaching” arc of the unique manga that pits class 1A towards class 1B.

The manga has entered its “remaining act” as of its 306th chapter on Monday.